Don't put yourself at the mercy of the prosecutor. You need an experienced attorney to defend you in your DWI case.

One of the first questions many people have after they’ve been arrested for driving while intoxicated is whether they really need to hire a lawyer. Especially if you think you’re guilty, you might wonder whether a lawyer can do anything for you. After all, the issue of whether you are intoxicated is pretty cut and dried – or is it?

Just because you were arrested doesn't mean you're guilty

Many people are surprised to find out that the offense of DWI is not as straightforward as they think. For starters, DWI is one of the few “subjective crimes”; that means that it’s up to the officer – and then the jury – to determine whether are not you are intoxicated. That means trying to determine whether you have lost the “normal use of your mental and physical faculties.” If a breath or blood test is involved, the issue is not whether it’s over .08; you are only intoxicated if your BAC was over .08 “at the time you were driving”. An experienced lawyer will know what to look for, and can make a determination of how strong the State’s case is.

There are consequences of a conviction you won't be aware of

In addition to these issues, a lawyer will also know the penalties and consequences that follow a DWI conviction. Some of those are not readily apparent – such as the surcharges that are imposed following a DWI conviction.

And then there are the driver’s license issues. Your license will most likely be suspended, and you will need a lawyer to help you get a license to drive to and from work or school until the suspension is up.

You won't know if the prosecutor is dealing with you fairly

In my opinion, it’s never a good idea to represent yourself. It’s a really bad in a DWI case, because of all the different issues involved. You should also think about it from a strategic viewpoint. The prosecutor is going to know the law, and for the most part is not required to point out problems with their case. While you hope they would deal fairly with you, you aren’t going to know if they are. Even if they have standard offers in DWI cases, you aren’t going to know the factors that might cause them to deviate from those offers.

You’ve already made one mistake. Don’t make another one by trying to save money by represent yourself. You’re probably going to end up costing yourself more in the end.

If you’ve been arrested in Waco, or McLennan County, and want to talk with us about your case, please call 254-296-0020. You can also find out what defenses you might have by filling out our “do I have a defense” form, and getting a free written evaluation. Don’t wait – this is not one of things that gets better over time! 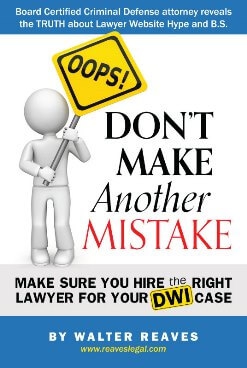 Don't Make Another Mistake - Hire the Right Lawyer for your DWI CaseGet your free book now!

Would you like your DWI case reviewed by a Texas Board Certified Attorney Criminal Defense Attorney with Over 35 Years Experience in Handling DWI Cases in Texas? That's What I want to do for You NowRequest Information 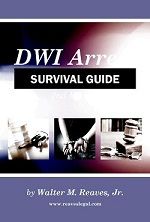