Is the Reid Technique on the Way Out?

Most people probably missed what may be one of the most significant criminal justice stories of 2017. Wicklander-Zulawski and Associations, who according to their website is the leading training company in the world on interrogation techniques, stated that they would no longer teach the Reid technique because of the risk of false confessions.

In case you don't know (which if you aren't involved in the criminal justice system I don't know why you would), the Reid technique is a method used in questioning suspects to obtain a confession. Even if you didn't know it, you've probably seen it used. Most recently, it was on display in Making a Murderer, in the interrogation of Brandon Dassey. The technique is designed to develop a bond between the interrogator and the suspect, with the ultimate goal of getting them to admit to a crime. To say that the technique is successful would be a huge understatement. The Reid technique has come under criticism in recent years, because of the rise in the number of exonerations. A large number of those cases - where the individual's innocence has been established - are cases where the suspect confessed. In other words, they confessed to something they didn't do.

Before you say it, let me cut you off. Everyone says they would never confess to something they didn't do. Those people have never observed an interrogation from start to finish. Yes, you wouldn't confess to something you didn't do - at least for the first hour or so. After that, you have no idea what you would do. Most times, it's not a fair fight. You are facing trained interrogators, who know every psychological trick in the book to make you question what you think you know. It's the equivalent of me stepping into the ring against a professional fighter - I'm simply not going to win. Unless you know what they are doing, most people don't stand a chance. 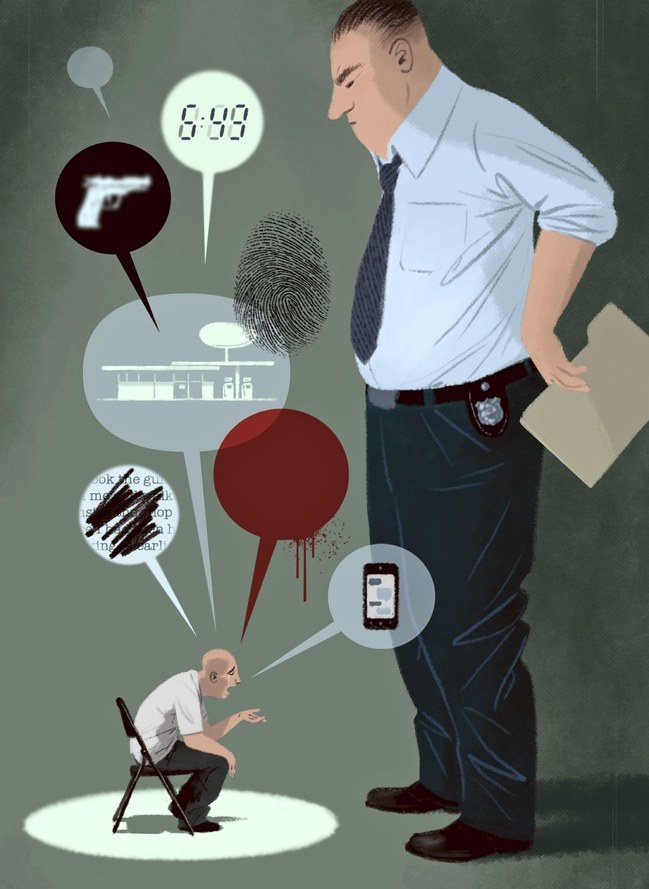 The Reid technique was developed by a Chicago police officer and polygrapher, who in 1955 had developed a reputation for getting people to confess. Nebraska authorities turned to him to help them investigate a murder they were having difficulty solving. The police suspected a recent college graduate, Darrel Parker (this wasn't your typical street criminal) of murdering his wife because she wouldn't have sex with him. Yes, that sounds ridiculous, but you have to come up with some motive, no matter how ludicrous it may be. Reid came in, and after 9 hours of interrogation got a confession. Parker recanted the next day, but by then it was too late. That case was the springboard Reid needed to establish a company, that took over the training of interrogators both in the United States and elsewhere.

In what may be the ultimate irony, years later, the person who actually murdered Mr. Parker's wife confessed. Mr. Parker was pardoned, and eventually, the State of Nebraska paid him a substantial amount of money. Unfortunately, that didn't happen until he was 80 years old, and Mr. Reid had ruined his life. The end result is that John Reid built an empire on his ability to obtain a false confession. If you want more information on that case, as well as a first-hand account of what is taught at one of the trainings, read Douglas Starr's article - The Interview. Mr. Starr attended a training and learned first hand what the police are taught.

As you might imagine, the Reid people deny any problems. In defense of the technique, they point out that it should only be used when the interrogator is convinced the suspect is guilty. It's interesting that if this advice had been followed by Mr. Reid, he would have never become famous. Darrell Parker was nothing more than the best suspect the police had - which is almost always the case if your spouse turns up dead. And that's the case I would estimate in at least 90 percent of the interrogations conducted. The most pressure is exerted when the police have the weakest case; in other words, when they have the greatest need for a confession. Too often the interrogation is the investigation. They find the best possible suspect and try to get a confession.

It's about time this technique is finally put in the trash heap. A lot of research has been conducted over the years, and effective interview techniques have been identified; techniques designed to get the truth, and not simply solve the case. Will their use result in fewer confessions? Hopefully yes, at least for those individuals who didn't commit the offense. As in Mr. Parker's case, when you get a false confession, you allow the real criminal to remain on the street. Not only do you destroy the life of the person who falsely confesses, but you also destroy the lives of the individuals and the families who will be victims of the real perpetrator.

If you ever wonder why criminal defense lawyers tell clients not to talk to the police, this is why. It's even more important for people who did nothing wrong because they have the most to lose. If you're guilty, they're probably going to get the evidence elsewhere to convict you. If you're innocent though, your confession is enough. Maybe you will be found not guilty, or maybe you'll be exonerated years later, but not after spending a lot of money, and have your life torn apart.