How important are "reading your rights"?

Most people believe the police have to "read you your rights" every time you are arrested, and if they don't it's a big deal. The purpose of the warnings is to make sure you don't have to talk to them if you don't want to. If they don't give you those warnings before questioning, whatever you say can't be used against you. However, f the police aren't going to question you, there is no reason to read you your rights.

If you have any questions or need help with your case, please contact our office at (254) 296-0020 or fill out our contact form here.

At least once a week I have somebody who comes into the office and one of the first things they want to say is they want to tell us that they weren't read their rights. Most people believe that that's significant because after all, every time you see anybody pulled over, hauled in for questioning, on TV, the first thing the police always do is read them their rights.

The Supreme Court, way back years ago, in that case, held that before you can be interrogated in a custodial situation, that the police have to read you your rights, and they have to tell you those things. The key part of that is that that only applies to situations where you're in custody or you're restrained and that the police were questioning you. If they're not questioning you, if they're not asking you questions, then they don't have to read you your rights. In other words, if they arrest you for something such as maybe a theft charge or an assault charge, they simply arrest you and take you to jail, they don't have to read you your rights, unless they're gonna question you.

The remedy for not reading someone their rights isn't that you get your case dismissed. It means that anything that you tell 'em can't be used. So even if the police don't read your rights to you, and that's determined to be a violation, it's not gonna get you out of the case. It's not gonna get your case dismissed or thrown out of court. All it's gonna do is get the statements that you made thrown out or an instruction that they can't be used. That may be significant but more often than not the police have other evidence, so you're still gonna have to proceed to defend the charge against you. If you have any other questions that which you would like to have us answer, please reach out to us. You can send me an email at [email protected], and we'll try to answer and be happy to answer any questions that you have. Thanks for watching. 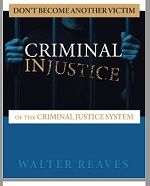 I've been arrested! What happens Next?Get your free handout now